Ok so this story is a hidden gem stone. If you’re into like romantic, tragedy stuff than this will suit you. It’s about a 16 year old girl named Naho Takayima who is a second-year high school student who finds a letter that her 10-year future self wrote to herself. In that letter, 26 year old Naho  writes about her biggest regret she faces and tells Naho to prevent a tragedy from happening. She will meet a transfer student named Kakeru Naruse and her future self writes about events that will happen and what she wants 16 year old Naho what not and what to do. Future Naho wants her 10-year ago self to prevent Kakeru from committing suicide as that was her biggest regret and it is up to Naho and her friends to prevent it from happening.

I just found this anime while surfing through YouTube and ughhhh this is so deep…. This anime is kinda like Anohana: The Flower We Saw That Day and I mean I was already in love with that anime and than this shows up and now I’m hooked. I dunno, I’m kinda of a sucker for the time travel/talking about the past type of animes like Anohana and Erased which both have had hit my feels (if any of you know other animes like that pls. do tell!!!). A mixture of romance, tragedy, despair, and a somewhat happy ending always get me…. LIKE I NEED MORE ANIMES LIKE THIS!!!  There’re currently 3 episodes out and I already watched them all…. I hate “currently airing” stuff since I can’t binge watch, but I can’t help myself from finding something really good and the whole series hasn’t aired yet… T^T And so I found the movie on Kissanime and now I kinda know the ending. The movie’s 2 hours so if you’re like me and can’t handle the suspense than go entertain yourself with the movie!! It’s so good and so worth it! Or you could also read the manga… although I’m too lazy to….

Now I’m looking at my life and reflecting…. What I took out from this anime: Live life with no regrets, and if you do have regrets, don’t be afraid to change it cuz you never know what will happen. ughhhh I’m like a potato, my life sucks (like if you can relate) Oh, and btw that actor who plays Kakeru looks really familiar…. I swear I’ve seen him b4…. Gotta look him up online now!!! (ufufufufu) >u<

So basically, this is an awesome anime and if you’re like me and have nothing to do with ur life or since it’s summer, go watch this anime!!! YESSSS I HIGHLY RECOMMEND IT!!!! (Go go!! >3<) -END 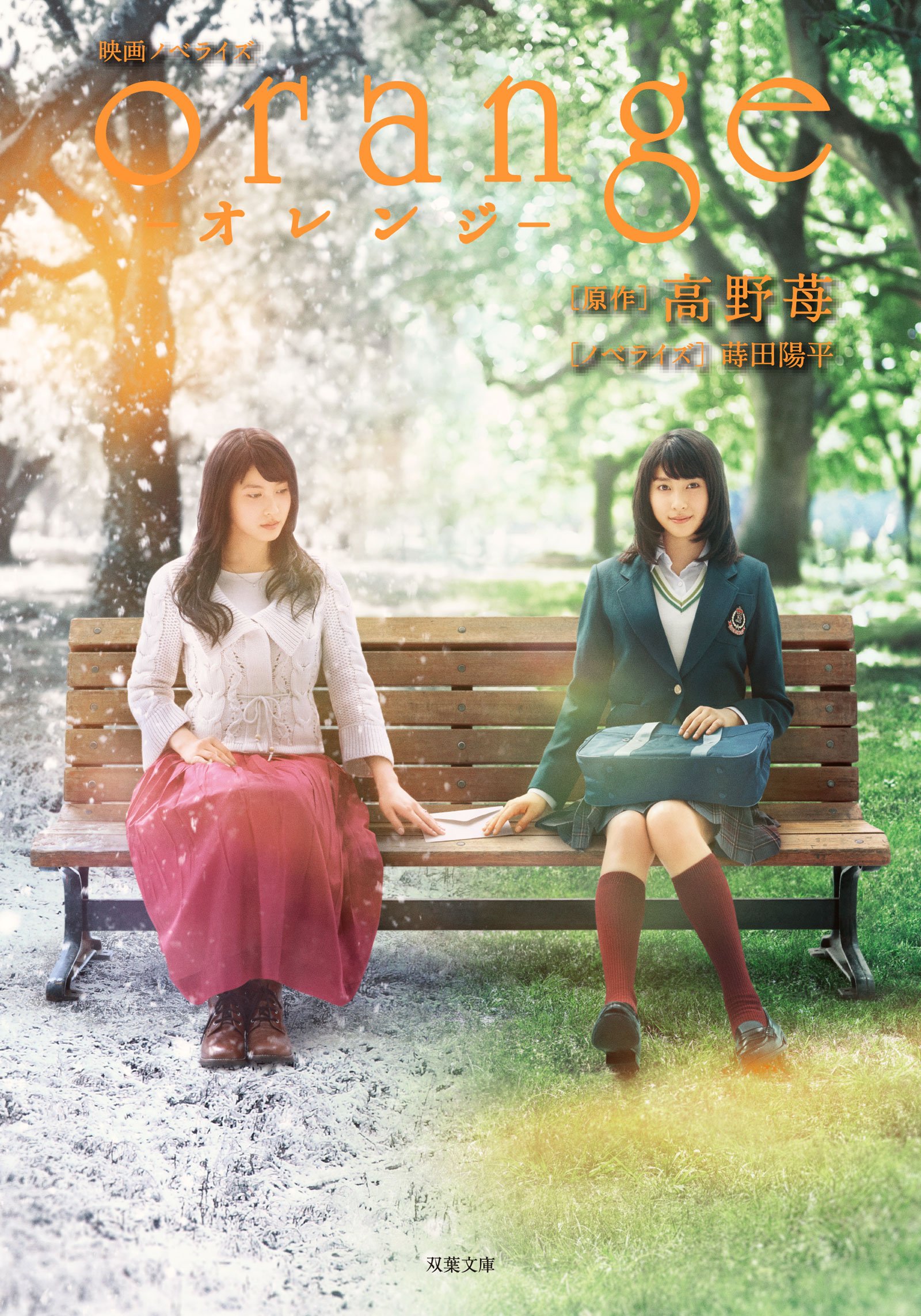 6 thoughts on ““Orange”-Japanese Anime and Movie”