Let’s start with the plot: Shinsekai Yori takes place in the future around 1000 years in Japan. It tells the story of the main character, Saki, and her 5 other friends. Their names are: Satoru, Maria, Mamoru, Shun, and Reiko. The entire anime takes place in 3 different segments that correspond to when Saki grows up. Right now, in the future, they seem to live in an Utopian world where humans are gifted with a God-like power called Cantus. The children are placed in schools that teach them how to control their powers, but when rumors start going around that there are vanishing children if they cannot control their powers well, the six try to find the truth. Saki and her friends find out that their world is not exactly perfect… I know that this is a pretty vague story line, but if I reveal too much, than it will spoil the anime so let’s keep it that simple. So, I thought that the plot was interesting and it struck out to me. I thought that the anime had so much potential. Now, I will like to point out that this show is not exactly happy-go-lucky, don’t get deceived from the cover, it is actually really dark.

Art: I found the art very pretty and it really attracted me. It added more to the enjoyment of watching the show.

Music: Wow, the music was so appealing to the ears. They really do fit the mood to the story. There isn’t really an opening song, but the 2 ending (especially the first one!) songs were AMAZING!! They sounded so good~

Characters: I read many reviews that pointed out that the character development was one of the weaknesses of this anime. And I think it was. The characters don’t really seem to grow as they age; there is no difference from the years before. I think that if there have been some changes, maybe even just a bit, it would have helped. But even though there was no development, the show was good nevertheless.

The Ending: Now, many shows’ weak point is the ending, but this does not pertain to Shinsekai Yori. I found that the ending was nicely wrapped up and there was a sense of completeness. It really satisfied me.

Extra Pointers: I already mentioned before, but here is another remainder. This anime is dark so don’t expect a happy ride while watching. Another important thing is that… There is a little homosexuality in this anime, which surprised me. I admit, I was a little disturbed while watching (I’m not against it, but it is a little weird…). But if you’re into Yaoi or Yuri, than this will be a bonus. There was a strong, somewhat unexpected antagonist and that was also another great factor. And the beginning was quite slow and a little confusing; it takes a few more episodes in to really get into the action. The first half was ok, but the second was more intriguing. I know, it is a bit of a turn-off, I myself am not fond of slow-pacing shows, but it does get better!!

Personal Thoughts: Overall, I quite enjoyed watching. It did take a while since it had 25 episodes, but I had the entire summer so I finished in a few days. Just my opinion, but I didn’t like the character, Maria, in this show. She kind of annoyed me from beginning to end…I’m sorry! My #1 ship is Saki X Shun forever!! (even tho. *blank* happens…) Second will be Saki X Satoru. I would love to rant about my main ship, but than I will spoil a big event that happens in this show, so I shall keep my silence.. (so painful tho.. T^T). And this anime kind of made me afraid of the future, like omg such bad things could happen DX. The ending of each episode did keep me interested so that is another plus. Many reviews raved about this anime, but I would say it was pretty good; it wasn’t my favorite. I would give it 8 out of 10.

So, if you haven’t watched this anime yet, pls. give it a try! I recommend it! This review is getting really long, so I will end it here. 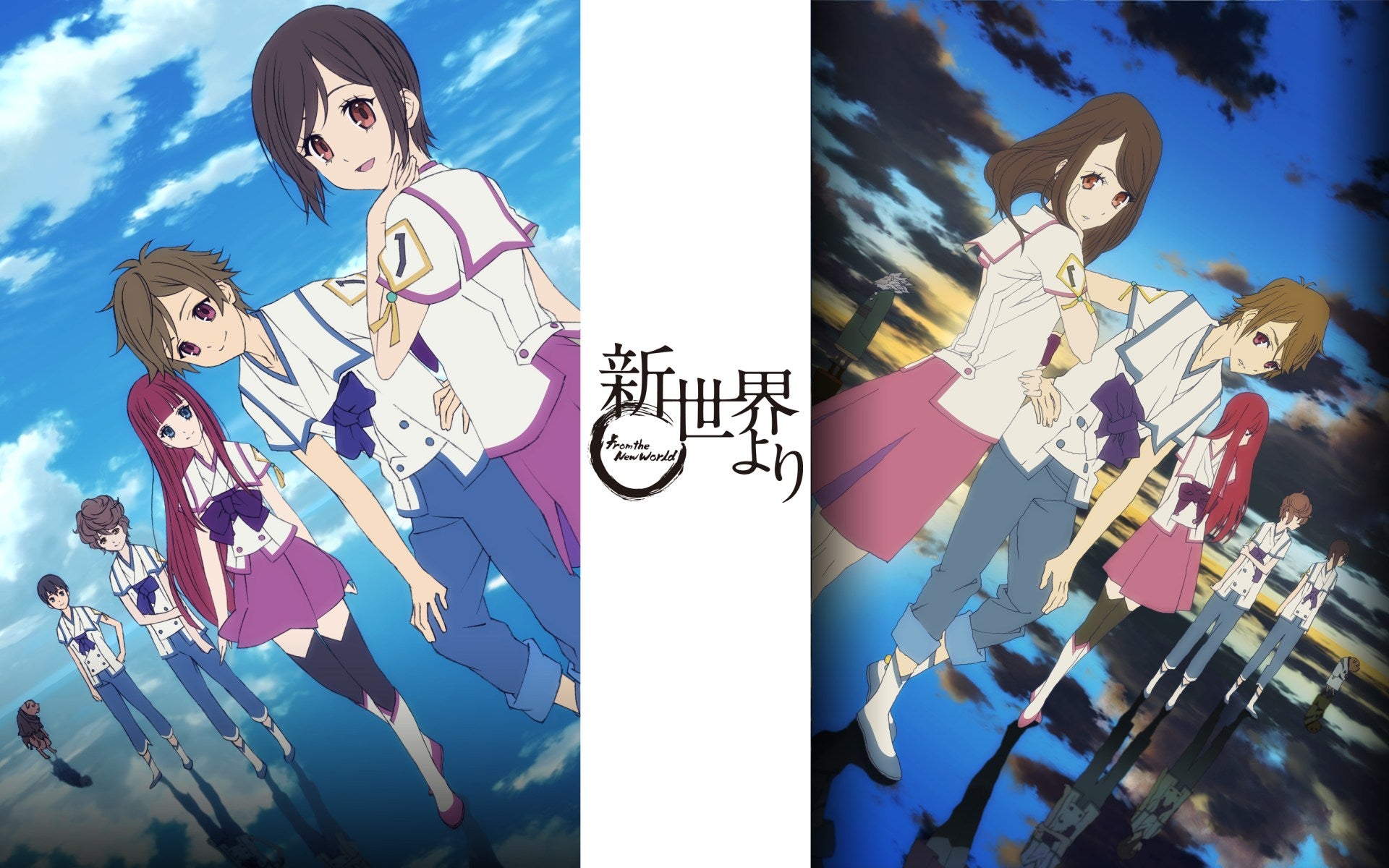 8 thoughts on ““Shinsekai Yori (From the New World)” Anime Review”