I’m sooo excited about this drama, so let’s get started!!

It feels like I’ve been waiting for this drama to come out forever!!! It seems like such a perfect cast. So when August 29th, came around, I waited for the eng sub to come out right away! Basically, this drama tells the story of a present day woman who goes back in time to Goryeo Dynasty Korea. She wakes up and finds that she is in somebody’s body named Hae Soo. She encounters many princes and the royal family. I think she’s supposed to fall in love with the 4th prince, Wang So. So, she is thrown in the business of the royal family, etc.

THOUGHTS: There’s too many people starring in this drama so I’m not going to include everyone. IU is the female lead, Lee Joon-gi is the 4th prince, Kang Ha-nuel is the 8th prince, and there’s many more. Baekhyun is also in it~ Yay!!! Not much really happened yet, besides encountering all the princes. But… omg…. all the princes are sooo cute!! Yes yes, that was one of the reasons why I watched it… Like oh my gosh when the 4th prince took off his mask, he looked so vulnerable and it was soo cute~ Totally fangirling! Obviously, one way to capture the audience is to cast good looking guys XP. I’ve only watched eps. 1-3, 4 came out today so I need to watch it later. The first episode was ok, I actually kind of found it boring. But after watching the 2nd episode, I’m pretty much hooked. This is gonna be bad considering school starts in 2 days… And a love triangle is gonna happen; it’s pretty obvious!!! ^_^

I’ve read a ton of articles criticizing IU and Baekhyun’s acting but seriously, they’ve tried their best. Some say they should just focus on singing, but like they should be given a chance to try acting!! Of course, they would want to expand their boundaries and try new things! I would want to. Sure, their acting isn’t top notch, but I’m sure they are totally way better than the viewers criticizing them. I can’t believe the people in charge might cancel the show b/c of low ratings; the story line isn’t bad!! Maybe one reason is cuz they’re jealous IU gets to work with such hot dudes… It isn’t fair to everyone else who actually enjoy the show regardless if the acting is terrible. But back to the main points~ I feel bad about IU’s character. She has to act out a girl whose boyfriend left her for her best friend. And she wanted to die… Awhhh, at least now she’s surrounded by handsome guys. I’m not sure about the # of episodes, it might be 21 which is pretty long.. >//3//<  If you have extra time pls. watch it and give it ur support!! 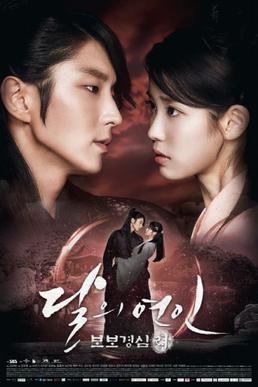