Hey everyone!! Today’s post is on the hyped Korean Belief Moisture cream and First Aid’s Ultra Repair cream. I received them as samples from Sephora. Let’s review them~

First of all, I love the simple packaging of the Belief Moisture Cream. 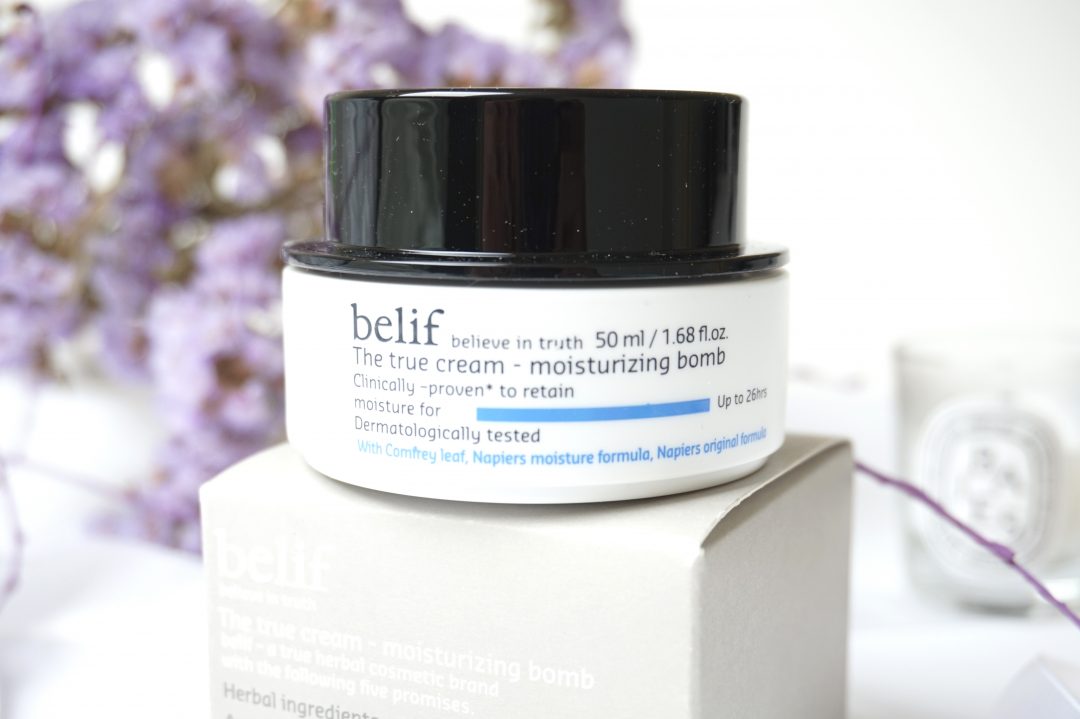 Here’s what the full size looks like (Image not mine, all credits to the owner).

It reminds me so much of the philosophy brand with the lettering and simplicity. Inside is a white cream that is not too thick so when you apply it on your skin, it feels like nothing is there. After applying it, my face felt hydrated and I liked how light it felt on my skin. There was also no strong scent to it. It did a good job on retain moisture so I can see why it is getting so popular. It is a Korean brand and I’m a sucker for all things Korean skincare and makeup.

On the other hand is the USA brand “First Aid” and their Ultra Repair Cream. So let’s talk packaging. This looks like a medical balm and I guess they purposely did that since it’s called “First Aid” and all, but I don’t like it. The first time I saw it, I was immediately excited to try the Belief Bomb since I heard awesome reviews about it and when I saw this included, I was like “Mehhhh whatever”. The Belief Bomb wins by far in terms of packaging. But I guess first impressions don’t always count… I surprisingly really enjoyed this cream, even more than the Belief Moisture Bomb!! It is a little thicker in consistency than the other one and you can feel it on your face, but it did an awesome job with moisturizing. I have dry skin and when I used the Belief Bomb, it did a good job, but I felt that it wasn’t enough. My face did feel hydrated, but I still felt a little of patchiness. I tried this after finishing the Bomb and after a few days, my face was really smooth and the patchiness was gone. Looking at the label now, it says it can help with eczema (which I sadly have, but on my body and really mild) and that you didn’t have to apply it on the face. I didn’t try applying it anywhere else other than my face, but I’m sure I wouldn’t be disappointed with it on my other parts of my body. This cream has a sunscreen scent which I noticed immediately after application, but it didn’t really bother me considering the amazing results I saw.

So, which one won? Belief’s “The True Cream Moisturizing Bomb” or First Aid’s “Ultra Repair Cream”? In my opinion, I would say First Aid did. I totally underestimated it’s abilities and I fell in love with it! Not to mention, it is $8 less than Belief’s. I would highly recommend it to anyone with dry skin; this did wonders for mine!!

-So did any of you try Belief’s Moisturizing Bomb, First Aid’s Repair Cream, or both?? What did you think?  Leave a comment below, like, and follow!! Thanks for reading!